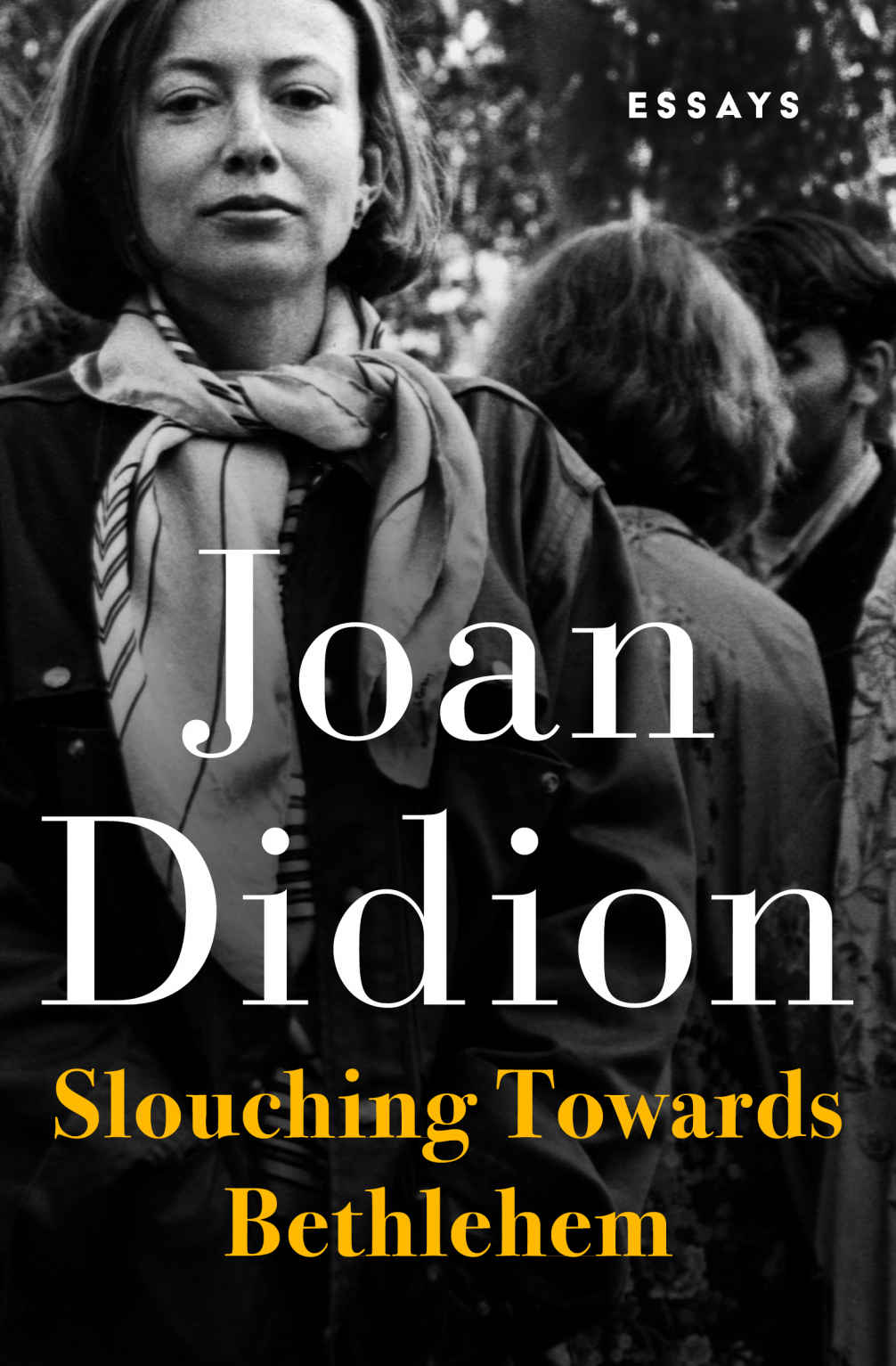 This was my first book of Didion, and probably just as well that I started with Slouching. I am drawn to Didion’s work primarily because I see her as one of a chorus of Californian voices who have influenced American letters, and arguably for the better.

I find Didion has a permanent second-person detachment, the ability to be in a milieu without allowing herself – or being able – to be of it. She is the chameleon with the clear eye, who is able to blend in enough to get close to her subjects, but at the sme time never loses the detachment.

At some point, I almost wanted to shake her and ask “okay Joan, who are you and what do you care about?” Because, Lord knows, I looked, and all I found was the detachment, the curiosity, the wonder that borders on perpetually asking why? This makes for a damned good observer and a journalist. But Didion herself remains a cipher, at least here.

Perhaps this is why her later works, especially Blue Nights and The Year of Magical Thinking, are such important parts of her oeuvre. Maybe that’s where we find out if there is something more to Joan than her observations. There must be: the subtlety of her filter and the gentle way in which she chivvies us to her conclusions are hints at greater storms unseen.