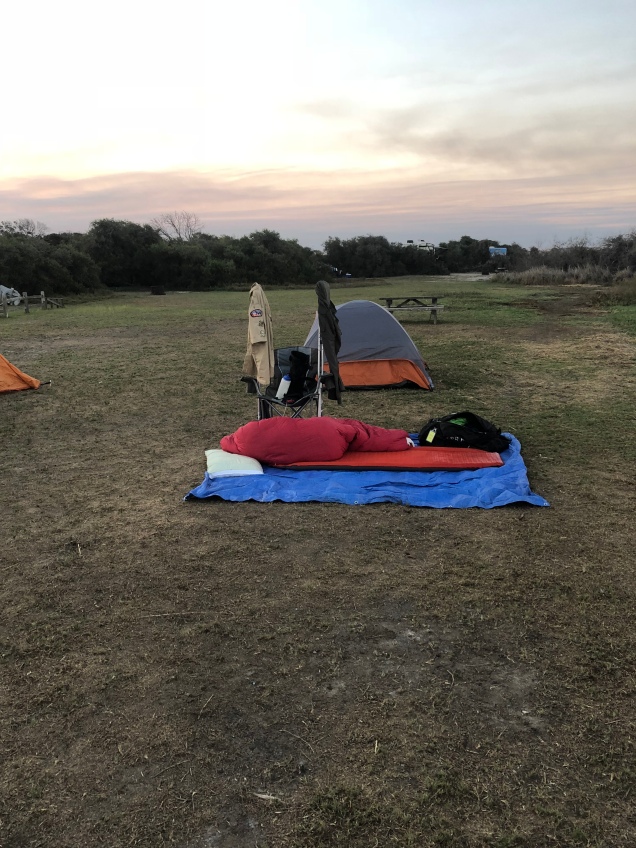 While the rest of the troop curls up in their tents, our intrepid Senior Patrol Leader throws down a ground cloth, a pad, and his sleeping bag alongside his backpack, curls up, and snores contentedly. Behind him is his camp chair, to which he has tied his crutches, upon which he has neatly hung his field uniform (“Class-As”), water bottle in reach.

He’s come a very long way since our first campout together 9-1/2 years ago. Now he wants to take me backpacking along the Pacific Crest Trail.  He has gone from video game couch-potato to an intrepid outdoorsman, and I give all the credit to the Boy Scouts of America and the encouragement of his teachers at school.

A little note to my friends in China and elsewhere who disparage the value of extra-academic endeavors beyond those that will polish college applications: when we slash everything out of our children’s lives but academics, we not only shortchange our offspring: we shortchange society, our nations, and the world at large.

Never in our history has it been more important to raise resilient children.

Aaron at school, getting his mind around the devastation.

Even better than before.

Am I alone in believing that college sports generally, and the NCAA in particular, is in desperate need of an institutional high-colonic?

A moment of quiet on the University of Chicago quad.

There is little that is more wonderful than fall on a college campus, especially when you no longer need to worry about grades, tuition, or a hangover.

I am going back to school, this time around for aught more than to learn for the joy of learning.

One of our few “fun” stops on our recent trek to Dallas was a stop at the National Headquarters of the Boy Scouts of America, which has been in Texas since moving from New Jersey in 1979. The building is massive but utilitarian, reflecting the approach of an organization that is increasingly focused on economy.

Sadly, this is the headquarters of a shrinking organization. We’re down to about 2 million registered scouts, a not-insubstantial number to be sure, but a far cry from the numbers in the past. While the program has done a truly unbelievable job of remaining up-to-date and relevant (far more than it was in my day, to be sure, when the organization had become hidebound), some organizational issues (now addressed) and the battle for the time and attention of young people have combined to take its toll on the organization.

I fear that in order to survive, Scouting in the USA will need to cut back on the number of organizations, and move toward a unification of Boy and Girl Scouting.

In the meantime, though, I will dedicate my spare time to supporting the organization, its units, and the youth who make up the organization. I can think of no worthier cause, political correctness be damned.

I think elites abandoned the Western Canon in part because Mortimer Adler et. al. made it “middlebrow” during the mid-20th Century via the Great Books series.

That’s rather ironic, given that there is nothing middlebrow about Heroditus or Henry James.

I think now we’re coming full-circle, returning to the Canon, albeit with some interesting additions – more women, more “people of color.” I expect the Canon will grow, and that the intellectual fights going forward will be about what to add, not what to eliminate.

The kid is trying to study for finals. Jack, the school cat, is doing all he can to confound him.

My Tweets
The Chinafornia Wolf
Powered by WordPress.com.